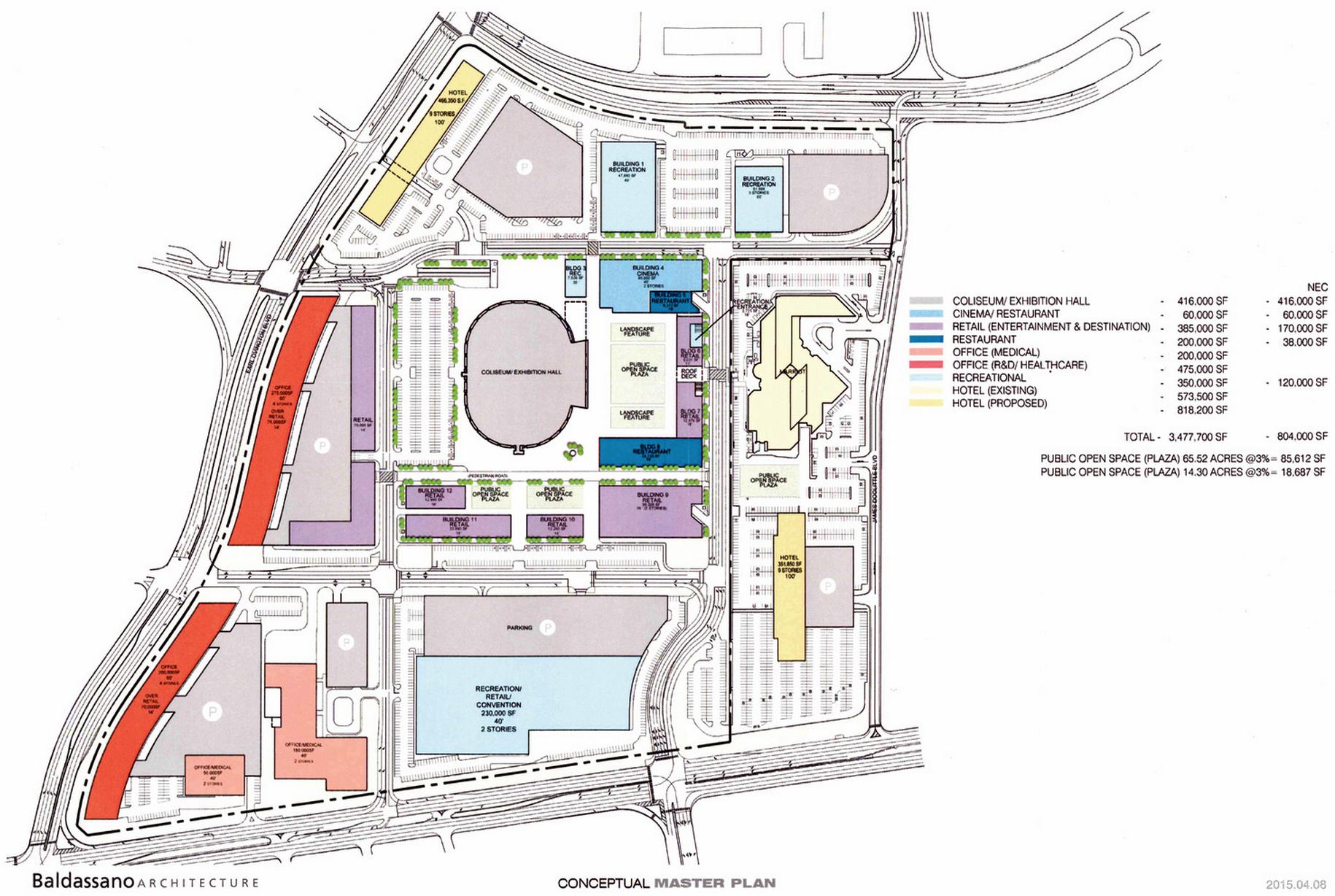 Developer Bruce Ratner has revealed his plans to redevelop Nassau County’s Coliseum site in Uniondale, on Long Island. Plans call for the renovation of the stadium, which will seat 13,000, and 3.4 million square feet of office, retail and hotel development, reports the LI Herald. On the west end of the site, two four-story office buildings will line the street. At the north and south ends, nine-story hotel buildings are planned, and construction is slated to begin in August. 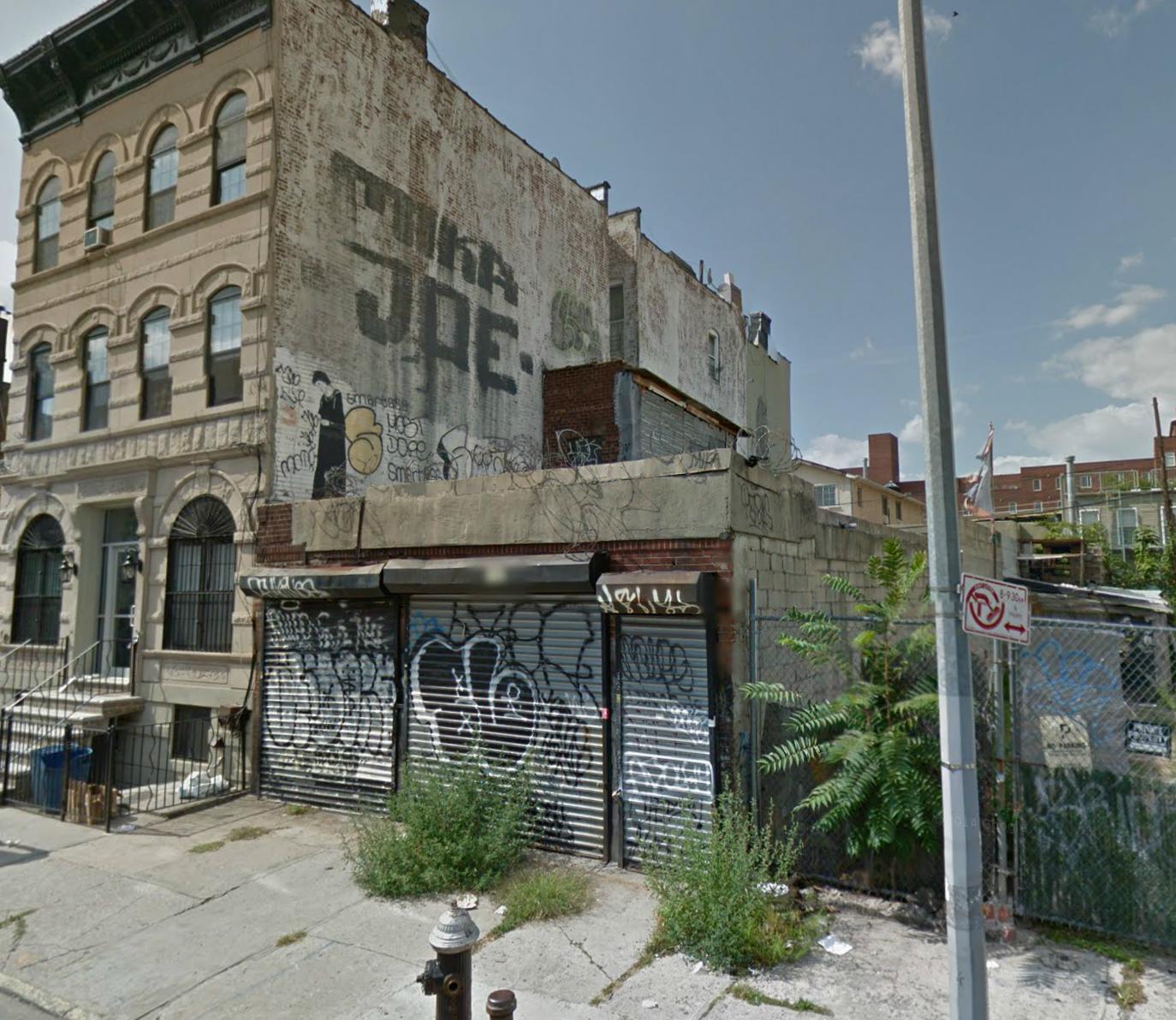 Flushing North LLC has filed additional applications to revive plans for a five-story, 18-unit mixed-use building originally filed in early 2014 at 557 Hart Street, in northern Bushwick. The building will span 17,422 square feet, and includes a 3,100 square-foot commercial component. Raymond Chan is designing, and an existing single-story structure must first be demolished. 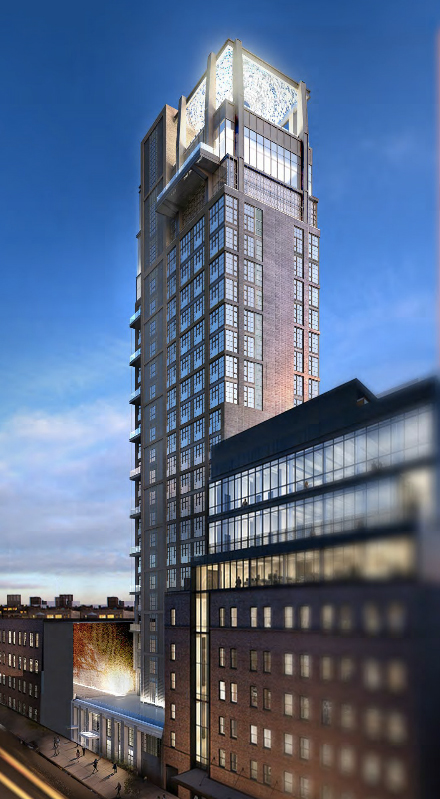 Last September, YIMBY posted the first renderings for a new CetraRuddy-designed hotel coming to 414 West 15th Street, in the Meatpacking District. And now, we have a few more updated images of the project, which show some changes to the rooftop, and also reveal the development’s street-level appearance. 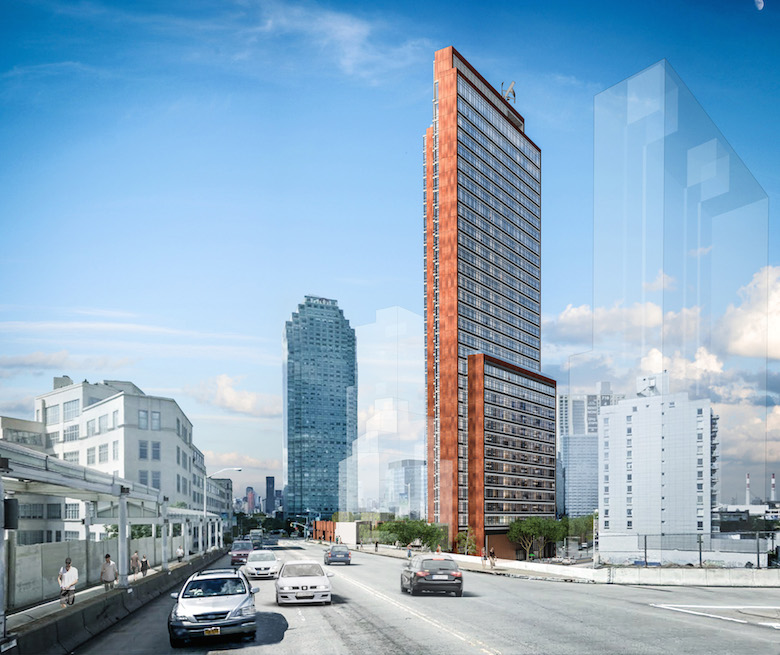 Brause Realty broke ground yesterday on their 35-story residential tower at 44-28 Purves Street in Long Island City, and sent along these renderings of the glassy, rust-accented structure designed by FXFOWLE. 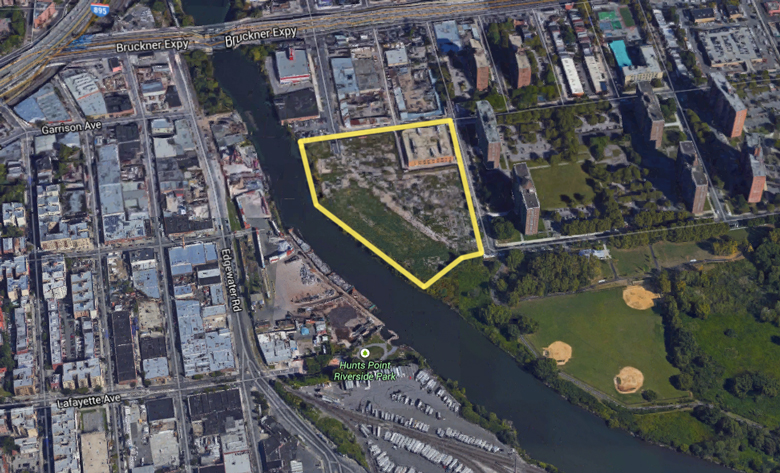 A Queens-based movie studio plans to build two new production facilities at 801 Colgate Avenue and 1410 Story Avenue in Soundview, right along the Bronx River waterfront in the southeastern part of the borough.