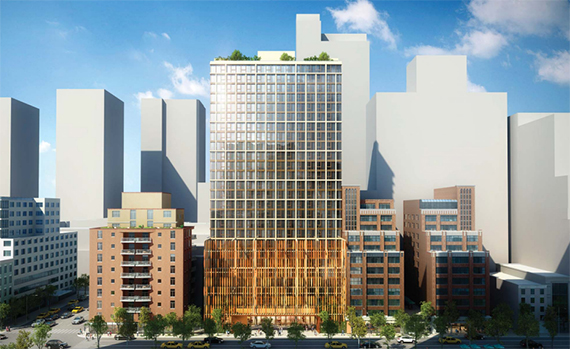 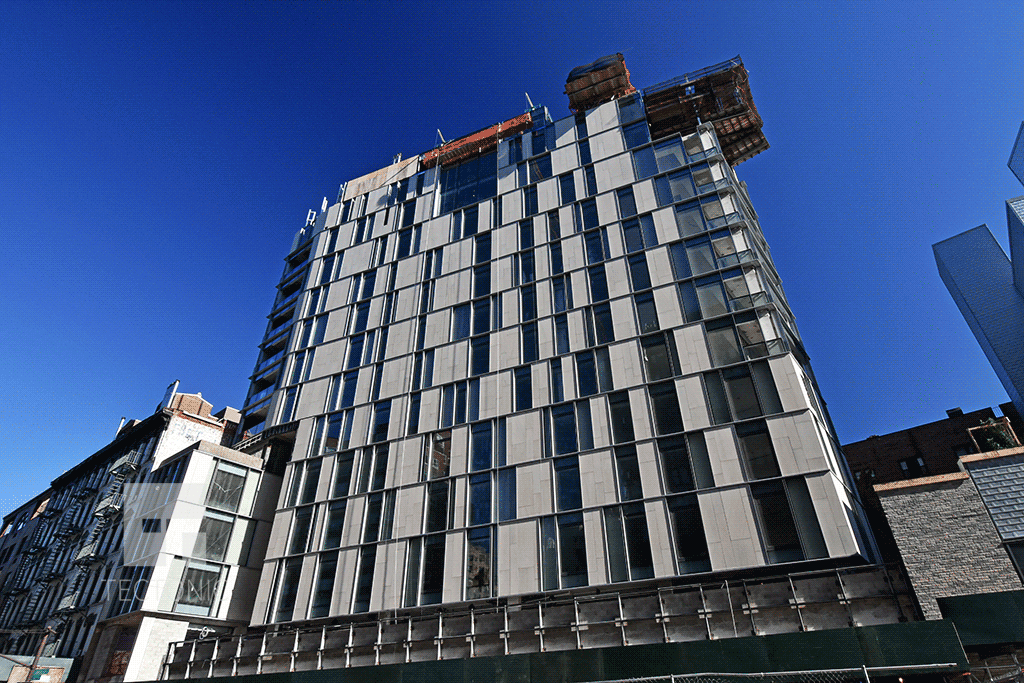 SoHo’s One Vandam topped out over a year ago, but now looks like a building nearing the finish line. Quinlan Development’s 160-foot-tall mixed-use building has cladding on its façade, as seen in photos posted by Tectonic. The building will 25 residential units spread across 60,642 square feet, making for a spacious average size of about 2,425 square feet. The 14-story building will also have 8,640 square feet of commercial space. BKSK Architects designed the building. 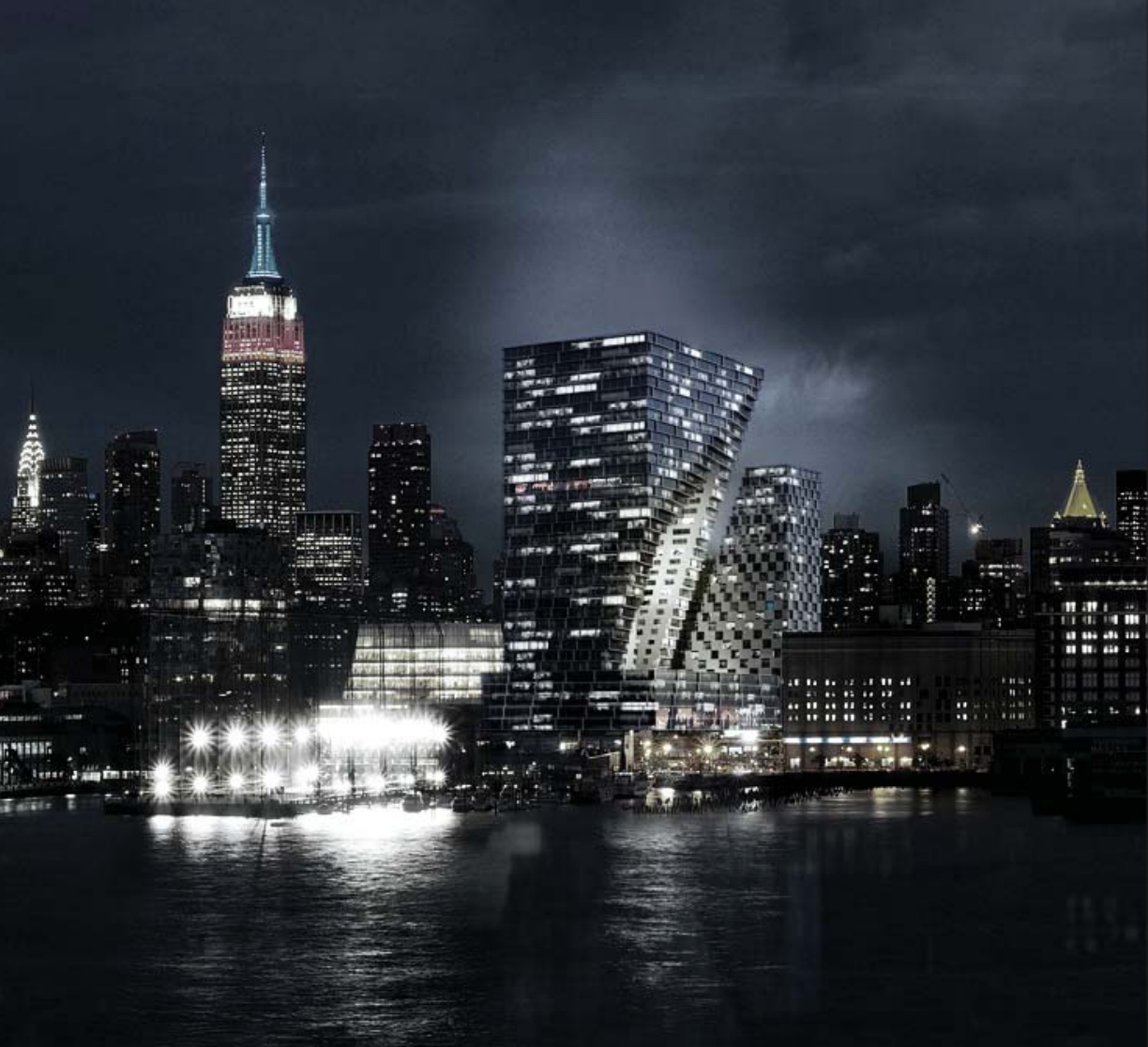 While the length of the High Line has seen a surge of construction since the elevated park initially opened, there are still a few major sites left that remain ripe for new development. Perhaps the largest such parcel is at 76 11th Avenue, between 17th and 18th Streets, which was acquired by HFZ Capital for $870 million back in April. Now, YIMBY can reveal the site’s preliminary plans, created by Bjarke Ingels Group. 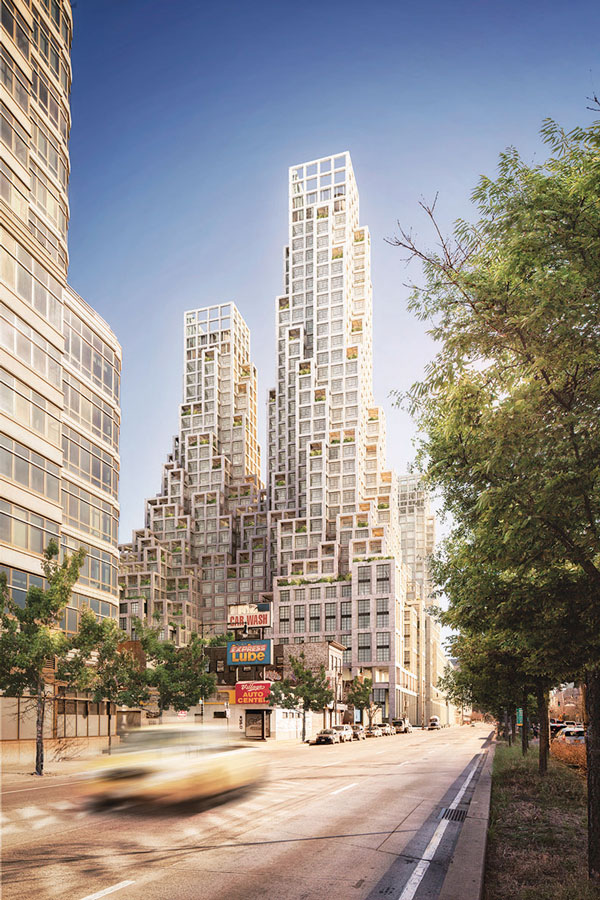 Back in October, YIMBY brought you schematics of the proposed redevelopment options of 550 Washington Street, in Hudson Square, and now The Villager has renderings of the ULURP plans, which would include 1,596 residential units; 255,000 square feet of retail; and a 353-key hotel. The residential units would be spread across 1,334,100 square feet of space, and 500 of the units will go towards affordable and supportive housing. The project would also include elevated park space. COOKFOX Architects is behind the design. Westbrook Partners and Atlas Capital Group are developing.

Back in 2009, photographer Nathan Kensinger visited a neighborhood along the Brooklyn-Queens border that locals call “The Hole.” The small, neglected triangle between East New York, Howard Beach, and Lindenwood sits 30 feet below grade and only a few feet above the water table, and its abandoned development sites became reputed dumping grounds for Mafia hitmen. But new development is finally is finally coming to the area just south of The Hole. A new building application was filed to erect a four-story apartment building at 149-27 78th Street, on a large collection of vacant lots bordered by Loring Avenue, 78th (or Sapphire) Street, 79th Street and Stanley Avenue.