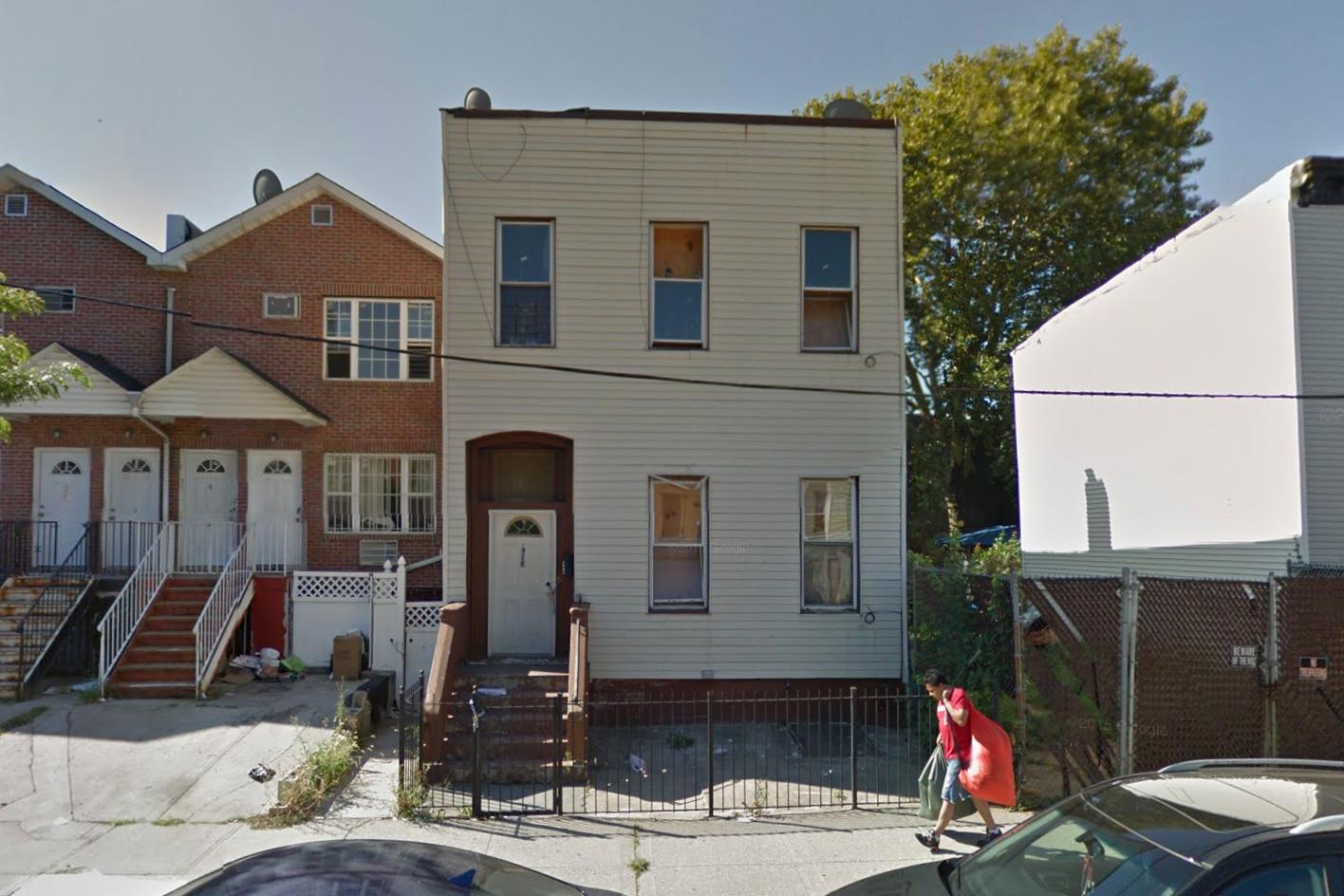 Jamaica-based BTML Development Corp. has filed applications for a four-story, six-unit residential building at 916 Herkimer Street, in Ocean Hill, located two blocks from the Ralph Avenue stop on the C train. The project will measure 6,574 square feet in its entirety and will have 4,487 square feet in residential space, which means units will average 748 square feet apiece. A fifth-floor penthouse is also part of the plan. Forest Hills-based ARC Architecture + Design Studio is the architect of record. The existing two-story townhouse was recently filed for demolition. 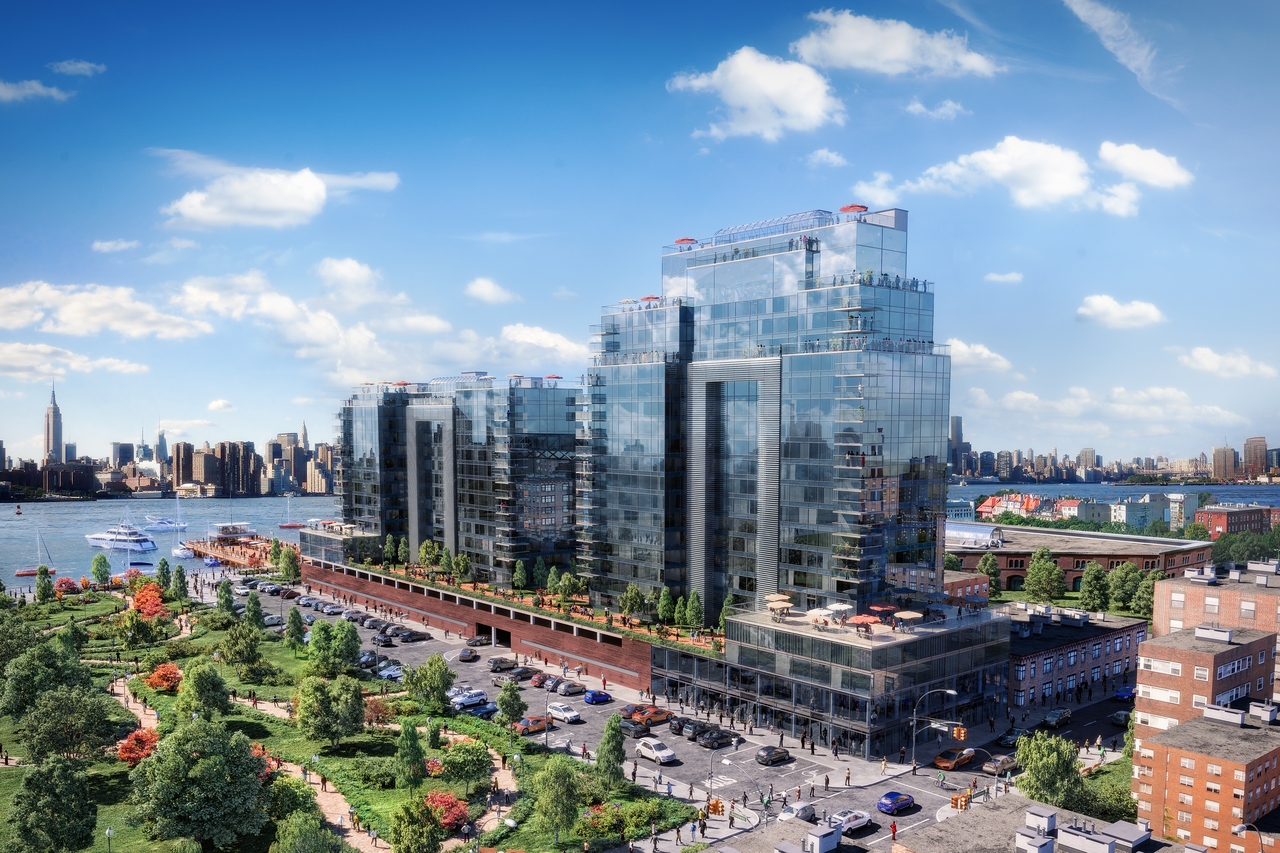 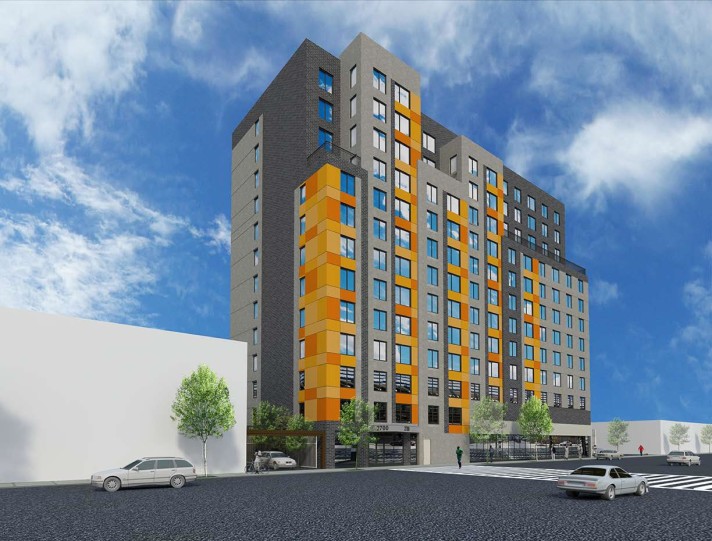 Funding issues have stalled the redevelopment of the massive Kingsbridge Armory in the Bronx, but a sizable affordable housing project is in the works across the street at 2700 Jerome Avenue. Yesterday, developer Alan Bell of B&B Urban filed applications for a 13-story building with a mix of affordable units, supportive housing and retail on a lot next to the Kingsbridge Road stop on the elevated 4 train. 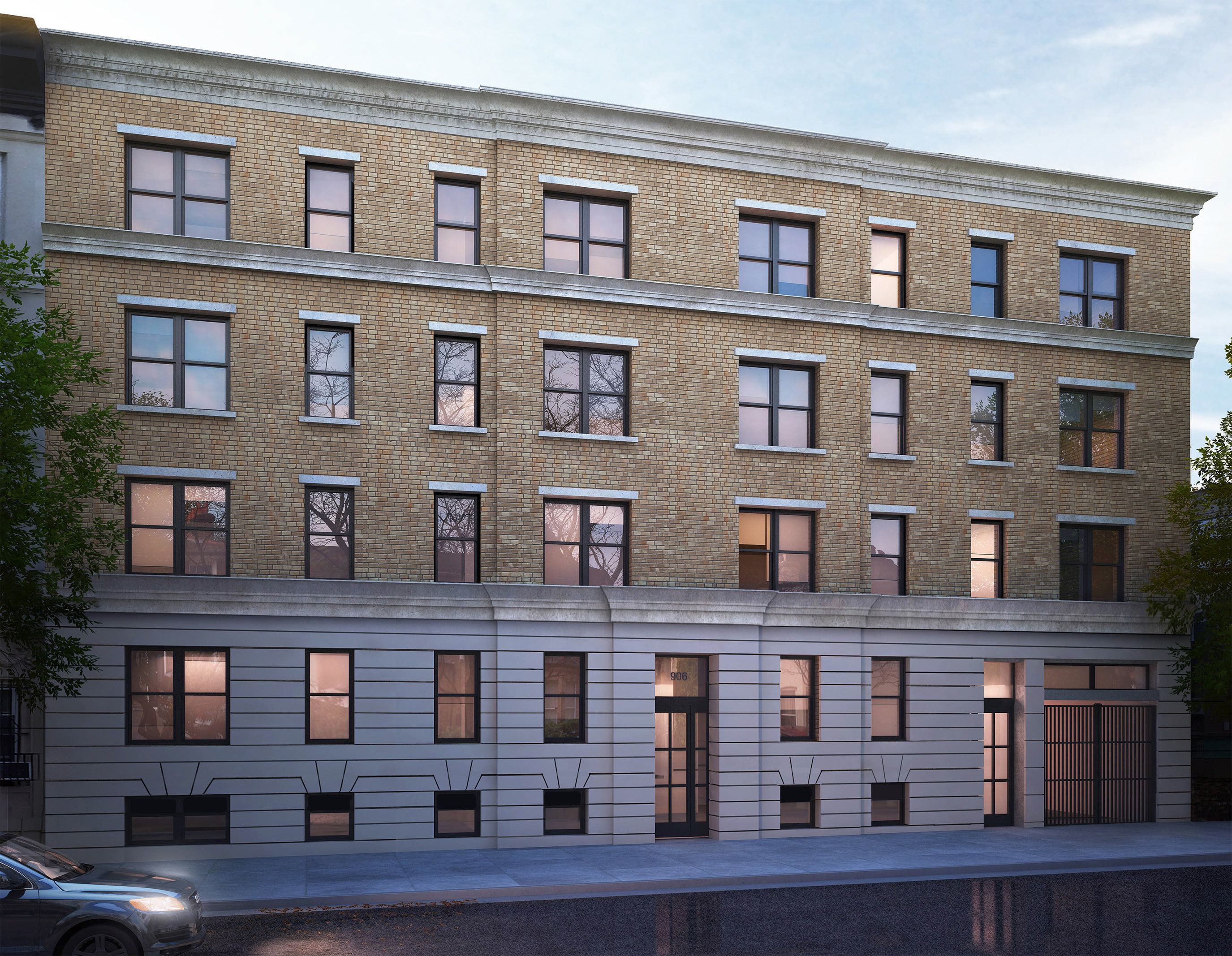 It was back in October of 2014 that YIMBY reported on developer Jeffrey Gershon acquiring the property at 906 Prospect Place in Brooklyn. It was in late November of 2015 that his design team went before the Landmarks Preservation Commission with their proposal for a new apartment building on the site. On Tuesday of this week, the team went back before the LPC and got approval for their revised design. 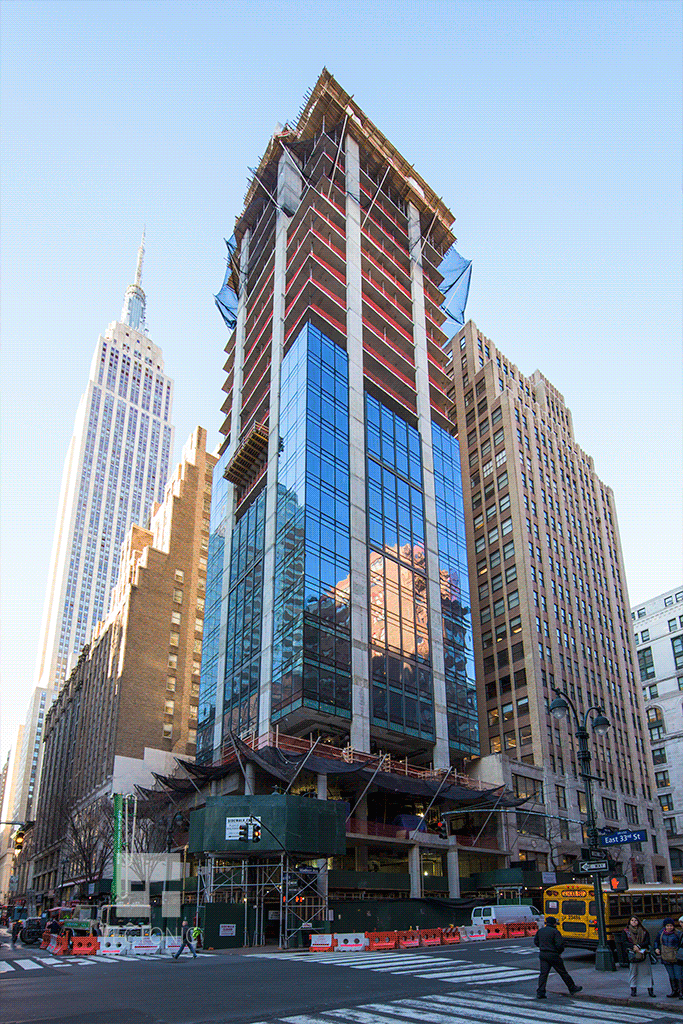 When we last checked in with 172 Madison Avenue in November, only 14 stories of concrete had risen at the corner of 33rd Street. Now the condo tower stands 25-stories-tall, and YIMBY has a peek at the construction progress thanks to photos from Tectonic.