Permits have been filed for a 17-story mixed-use building at 54 Crown Street in Crown Heights, Brooklyn. Located on the corner of Franklin Avenue and Crown Street, the lot is about five blocks from the Eastern Parkway-Brooklyn Museum subway station, serviced by the 2 and 3 trains. Carmel Partners is listed as the owner behind the applications.

Permits have been filed for an eight-story mixed-use building at 750 East 134th Street in Port Morris, the Bronx. Located on the corner of Willow Avenue and East 134th Street, the lot is about five blocks from the Cypress Avenue subway station, serviced by the 6 train. Altmark Group is listed as the owner behind the applications.

The Pendry Hotel at 4 Manhattan West is rising fast in Midtown West. The 21-story development will offer 164 guest rooms and a selection of condominiums on the tower’s upper floors. Designed by Skidmore Owings & Merrill and developed by Brookfield Properties, the building features a distinctive wavy façade on the northern and southern elevations, which is now visible in the reinforced concrete structure. The glass curtain wall will be installed later this year. 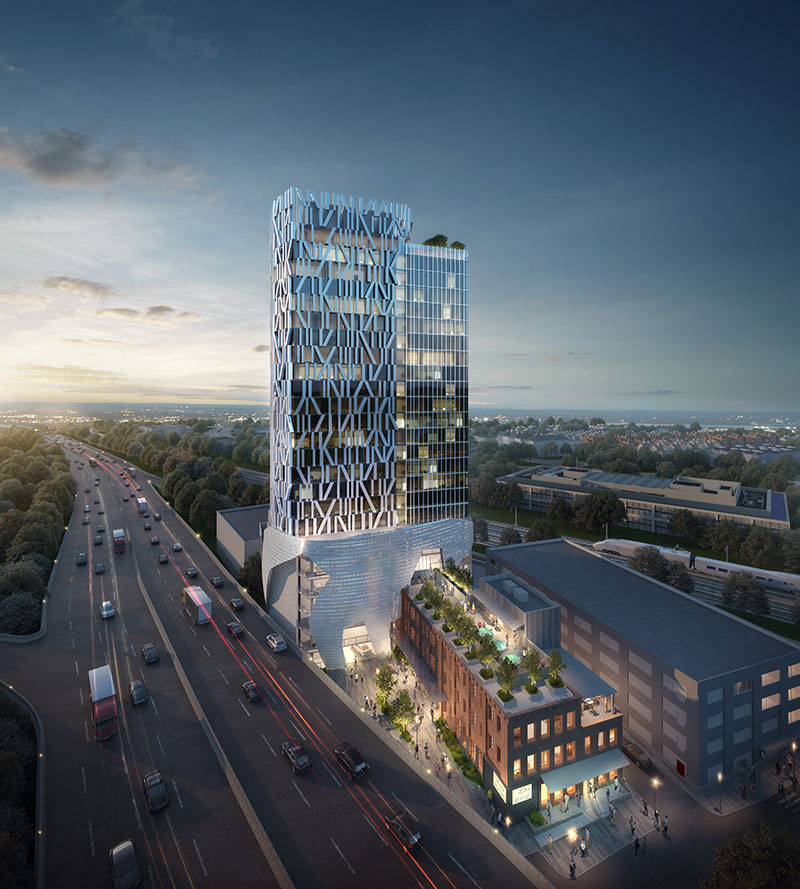 The Westchester City Planning Board has greenlit the development of Tryp Hotel by Wyndam at 115 Cedar Street in downtown New Rochelle. The 24-story hotel will contain 225 short stay rooms in addition to a flexible event center.

Permits have been filed for an eight-story residential building at 66 Clinton Street on the Lower East Side, Manhattan. Located between Stanton Street and Rivington Street, the lot is three blocks from the Delancey Street-Essex Street subway station, serviced by the F, M, J, and Z trains. Michael Bauer of Borough Equities is listed as the owner behind the applications. According to the Bowery Boogie, the nonprofit New Life of New York City sold the property and the vacant lot next door for $8.7 million to Vault Development and TLM Equities in May.